Amendment to the Labour Code and Certain Other Acts

After months of waiting, legislation has been passed, amending the Labour Code with regard to various issues including remote working and preventive sobriety checks. On 13 January 2023, the Sejm rejected the amendments proposed by the Senate in December 2022.

This means that the Labour Code will soon allow employees to work remotely, either wholly or partly, from a location designated by the employee and agreed with the employer.

Employers will be obliged to accommodate remote working requests from employees such as pregnant women or those raising a child up to the age of four.

Employers will also be required to bear the costs of electricity and telecommunications services, as well as other indispensable expenses directly related to remote working.

Occasional remote work of up to 24 days in a given calendar year, will not entail an obligation for employers to reimburse employees for the related expenses.

In another significant change to the Labour Code employers will now be entitled to carry out preventive checks for the use of alcohol or substances having a similar effect to alcohol, provided that they have put in place appropriate internal regulations in this respect.

The bill has now been sent for the President’s signature.

New minimum salary rates apply in 2023. According to the Regulation of the Council of Ministers of 13 September 2022 on the minimum salary for work and the hourly rate:

Under the PPK Act, a new duty of information has been imposed on employers. By the end of February of a given year, employers will be required to inform PPK participants of automatic re-enrolment, which takes place every four years.

This year marks the first time that 4 years have elapsed since the establishment of the PPK scheme, so by 28 February 2023, employers should carry out information campaigns or otherwise inform employees of re-enrolment. It is important that they can prove compliance with the above duty of information. Otherwise, they may face negative consequences.

PPK participants are free to re-declare to opt out of PPKs on 1 March 2023 at the earliest.

The main assumption of the bill is the simplification of procedures concerning the employment of foreign nationals and the digitization of proceedings. The bill further provides for the abolition of so-called labour market testing (when applying for a work permit or certain types of residence permits).

The bill includes new criminal regulations providing for a fine of no less than PLN 3000 of at least PLN 500 per person, in the case of employing a foreign national posted to work by an entity other than an employment agency.

Legislative work on the bill is underway.

In December 2022, another version of the whistleblowers protection bill was published on the Government Legislation Centre website. Its purpose is to implement Directive 2019/1937 of the European Parliament and of the Council (EU) of 23 October 2019 on the protection of persons who report breaches of Union law.

The new bill introduces several significant changes compared to the previous version, mainly with regard to external reporting, including the replacement of the Commissioner as the body to which external reporting is to be made. The current bill designates the National Labour Inspectorate to fulfil this role.

A novelty is the possibility of obtaining a whistleblower certificate to be issued by a public authority as confirmation of being subject to protection under the Act.

A more severe penalty, i.e. imprisonment, has also been introduced for obstructing whistleblowing.

The deadline for Poland to implement the Directive was December 2021, but legislative work on the bill is still underway.

The collective labour dispute bill is intended to repeal the existing Collective Dispute Resolution Act of 23 May 1991.

The main assumptions of the collective labour dispute bill include:

The bill is currently at the consultation stage.

As of 1 January 2023, the amount of the domestic business travel allowance intended to cover increased food costs will increase from PLN 38 to PLN 45.

The above is governed by the Regulation of the Minister of Family and Social Policy of 25 November 2022 amending the Regulation on business travel allowances due to employees in state or local government budgetary units.

Act on an ICT system for processing certain contracts

The aim of the Act is to simplify procedures related to the conclusion of certain contracts and minimise red tape.

According to the assumptions, micro-entrepreneurs (within the meaning of the Entrepreneurs Law Act), or entities other than micro-entrepreneurs employing no more than 9 persons and natural persons will be able to conclude employment, mandate and service contracts via an ICT system using the following:

The ICT system will, among other things, streamline the process of concluding and storing contracts, and will provide access to employee records. It will also facilitate the calculation and payment of social security contributions and taxes.

The Regulation of the Council of Ministers of 16 December 2022 amending the Regulation imposing certain restrictions, orders and prohibitions in connection with the occurrence of the state of epidemic threat has extended the restrictions involving the obligation to wear masks in pharmacies, hospitals and other medical facilities until the end of March 2023.

The state of epidemic threat remains in force – until further notice – during which it is possible to apply the solutions of the Covid Act, e.g. those relating to remote work.

See also: Remote work and sobriety testing – what changes await in the draft amendment to the Labor Code

Changes to commercial companies law at the turn of the year

In 2022, the Commercial Companies Code has undergone significant changes, including the introduction of the so-called holding law laying down the principles of operation of groups of companies, which we wrote about in the ‘Controversial Amendment to the CCC’ article. 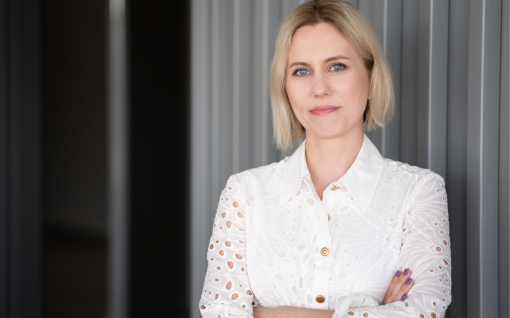