What do you do after work?
What do you do after work? Our friends and acquaintances often ask this question. Many of our employees, after “taking off their legal gowns” enjoy various, interesting hobbies that require creativity, courage and imagination – in other words they have passion. Passion is a powerful motivation for us, that gives meaning and direction to our lives and helps us make our dreams come true. It goes to show that we aren’t just good at law.

Andrzej Pałys, Advocate and graduate of political science and law, fulfills his passion through non-professional singing. For several years he has sung as part of a choir. The choir has performed concerts at the Borderlands, the prestigious International Bach Festival in Leipzig, the International Choir Festival Cracovia Cantat, and also at the papal Mass, held in May 2006 at Pilsudski Square in Warsaw. In 2014 he participated in the premier of “The Passion according to St. John “composed by Mikolaj Gasiorek, and sang next to soloists of the Grand Theatre and Chamber Opera, with accompaniment of musicians of the Polish Radio Orchestra and the Sinfonia Varsovia. He has perfected his skills under the tutelage of Maestra Jadwiga Teresa Stepien, and thanks to her he has developed a strong, lyric tenor, which is used in quartets, as well as solo performances.

Michał König, Advocate (PL), Attorney-at-law (NY), graduate of the Faculty of Law and Administration at the University of Warsaw and LL.M. studies at the NYU School of Law, since a young age has been a skiing aficionado. He started taking part in races as a child and later also later taught others. Michał’s life revolves around Warsaw Ski Club which he represented in junior competitions from the year 2000. For many years he has been working there as a skiing instructor and serving as a member of board. He is also in charge of matters involving ski referees in the Warsaw Regional Ski Federation and the Polish Ski Federation. Since becoming an advocate trainee, he has represented the Warsaw Chamber of Advocates at the Skiing Championships of Advocates. For some time he has also practiced ski mountaineering – a combination of alpinism and skiing. This gives him the chance to climb and ski from the Tatra summits.

Agnieszka Chajewska, Advocate in Media & Entertainment Law Practice for many years has been a member of Poland’s Equestrian Vaulting National Team. Having been involved in a sport that is a combination of horse riding, acrobatics, dance and choreography, Agnieszka has always made exercise an important element of her life. Now Agnieszka engages in vaulting as a form of recreation and in her spare time, she likes to go skiing, windsurfing and engages in various forms of fitness. She loves travelling, especially going on city breaks.

For over 15 years, Piotr Kochański and Kochański & Partners law firm has organized an annual lawyers’ motorcycle rally. Every year the rally participants set off for another European capital. Lawyers on their motorcycles have visited the following capital cities: Lvov, Vilnius, Brussels, Stockholm, Rome, Zagreb, Bucharest, Prague, Vienna, Berlin and Ljubljana. Traditionally the rally is held on the last weekend of August. The motorcyclists gather at the Sigismund Column in Warsaw. The rally aims at promoting the joy of traveling on a motorcycle, integration of the legal community and proving that motorcycling can be a safe and cultural form of leisure.
.

Kochanski & Partners Law Firm is happy to congratulate Klara Kochańska, the Managing Partner – Piotr Kochański’s daughter, on her Oscar award which has made a recent September night unforgettable. 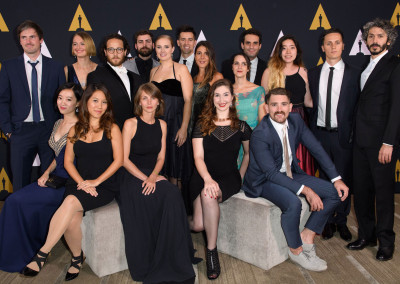 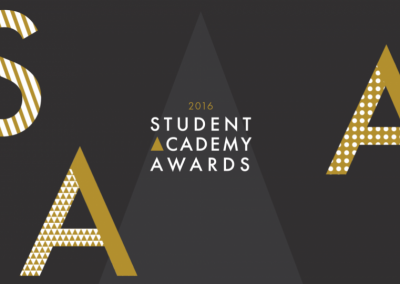 On Thursday, September 22, 2016, the young director received the Student Academy Award® (Oscar) from the American Film Academy, for her graduation film “Tenants” (produced by Lodz Film School). It is also a historic success because Klara is the first Pole to receive that prestigious award.

The plot presented by Klara Kochańska is an intimate story about a young woman finding herself at a turning point, where consumerism and human morality will play the key roles.

This year, more than 1700 movies from all around the world were in the competition for student Oscars. “Tenants” was one of three productions which won the Student Academy Award in the Foreign Film Narrative category, together with “Invention of Trust” by Alex Schaad from Germany and “Where the Woods End” by Felix Ahrens.

The Student Academy Awards were established in 1972 to provide a platform for emerging global talent by creating opportunities within the industry to showcase their work. Past Student Academy Award winners have gone on to receive 51 Oscar® nominations and have won or shared nine awards. They include Pete Docter, John Lasseter, Spike Lee, Trey Parker and Robert Zemeckis.