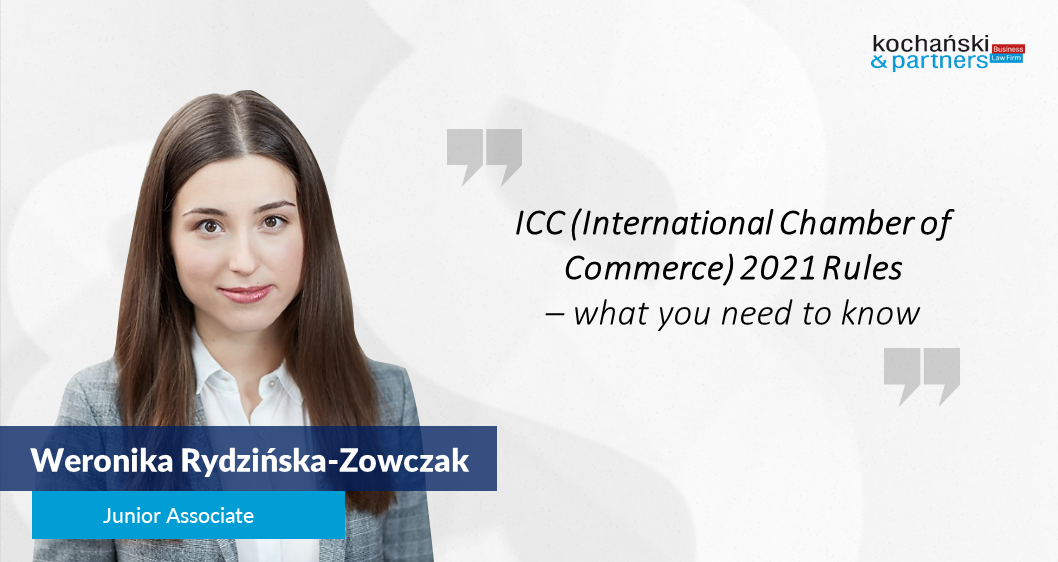 Amendments to the ICC International Court of Arbitration Rules (“ICC Court“) in Paris (“2021 Rules“) have entered into force at the beginning of 2021. These new rules have replaced the ICC 2017 Rules (“2017 Rules“) which expired year end 2020, and applied to disputes registered until the end of the 2020. The most important changes include those in the scope of: multi-party disputes, financing agreements with “third-party funders” and regulations concerning investor- state disputes. 2021 Rules also introduce the possibility of organizing hearings in the form of videoconferences – as a response to the COVID-19 pandemic.

According to Alexis Mourre, the former President of the ICC Court, one of the most recognizable arbitration institutions in the world, the amendments to the Rules “mark a further step towards greater efficiency, flexibility and transparency of the Rules, making ICC Arbitration even more attractive, both for large, complex arbitrations and for smaller cases”.

The most important changes:

2021 Rules also enable more efficient and less burdensome consolidation of disputes. Although previously such a solution also applied, it was limited to cases between the same parties. Under the new rules, the ICC Court can combine several pending arbitration proceedings into one, even if cases involve different parties and claims are made under more than one contract. A condition for the consolidation of disputes is that they contain the same wording as the individual arbitration agreements.

The changes in the rules are a response to the growing popularity of multi-party disputes. In its Report of 2019, the ICC Court indicated that such cases account for nearly 1/3 of the total number of registered cases. Modifications in the scope of multi-party disputes are of particular importance for corporate disputes, which constitute a significant part of approximately 25,000 cases administered by the ICC Court (per year), in particular for disputes involving parties from the construction industry (approximately 20% of cases) – in which proceedings involving many parties are the most frequent.

The obligation to disclose the “third-party funder”

Under 2017 Rules, the issue of third-party funders was raised only with respect to arbitrators. In 2019, in its Guidelines, the ICC Court clarified the obligation of arbitrators to disclose circumstances affecting their independence and impartiality.

Under the new rules, the obligation to disclose third-party funders’ contracts has been extended to all parties to the proceedings and must be transmitted immediately to the ICC Court Secretariat, the adjudicating panel and the other parties to the proceedings. The amendment proposed in 2021 Rules reflects the practice of preventing conflicts of interest between parties to proceedings, and is a concept in force in arbitration for a long time.

Arbitration in the “post-COVID era”

2021 Rules is the ICC’s response to the COVID-19 pandemic. Remote communication tools have gained in popularity as a result of restrictions on the functioning of arbitration tribunals around the world. Article 26.1 of 2021 Rules provides that the adjudicating panel may, after consulting the involved parties, conduct hearings by videoconference, telephone conference or other appropriate means of communication.

Some arbitration institutions have already put similar solutions into place. The possibility of conducting proceedings by videoconference was introduced by the Lewiatan Court of Arbitration in May 2020, and in October 2020 – by the London Court of International Arbitration.

Still, most arbitration institutions do not have regulations on remote proceedings, but this does not exclude the possibility of parties conducting proceedings in this way. The solution presented by the ICC Court is not only a response to the COVID-19 pandemic, but also a response to the needs of the modern world and constantly developing new technologies in arbitration.

Modifications to the 2021 Rules are in accordance with the methodology adopted by the International Centre for the Settlement of Investment Disputes (ICSID). The new Article 13.6 reflects the solution adopted in the ICSID Convention, Article 39.

Some of the changes to 2021 Rules may have a negative impact on the future of international arbitration.

Significantly, this change should be recognised as high-risk due to the lack of any guidance on how the ICC Court should act when modifying the composition of the adjudicating panel, and is currently left to a case-by-case assessment.

A difficult time for cryptocurrencies

The year 2022 will not be remembered fondly in the cryptocurrency market. There are several reasons for this. The progressive decline in the value of coins, the problems of the FTX exchange and the collapse of trust are all raising questions about the future of crypto. Can regulating the crypto-asset market be a panacea for the market’s ills?

The Digital Services Act is undoubtedly a key piece of EU digital legislation. The significance and potential impact of the DSA Regulation is compared by some to the GDPR. While this comparison is not an exact match, the DSA will, like the GDPR, find direct application in EU Member States.

Shareholders often disagree with each other on how their company should be managed and controlled, and the direction and strategy it is taking. Differing views may be beneficial to a business, but disagreement, potential deadlock and an inability to make important decisions can be severely damaging to the company (and, in the long run, to shareholders).

NFTs may infringe trademark protection rights, as the Court of Rome has ruled in a case involving Juventus F.C., the legendary football club. This undoubtedly ground-breaking verdict will set the tone for rulings rendered in similar cases by other EU courts.

The Public Procurement Office has published a legal opinion outlining the rules for the correct completion of the European Single Procurement Document (ESPD) with regard to the grounds for exclusion from the procedure due to non-performance or improper performance of a contract. The Office stated that economic operators are not obliged to inform the contracting authority of every contractual penalty imposed on them in the past. So which penalties must be mentioned in the ESPD, and which may be omitted?

The exemption from dividend withholding tax provided for in Article 22(4) of the CIT Act has repeatedly aroused controversy among taxpayers due to its inconsistent interpretation by tax authorities and administrative courts. 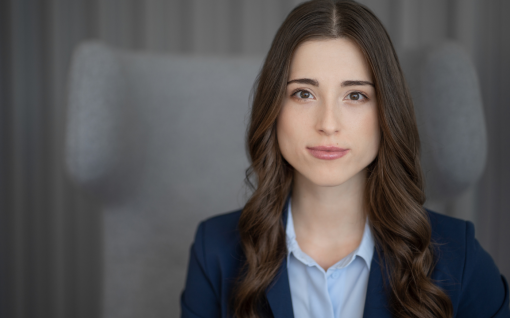