As the world’s fourth largest economy, Germany is Poland’s most important trading partner involved in ca. 29% of exports and 22% of imports of goods in Poland.

As the world’s fourth largest economy, Germany is Poland’s most important trading partner involved in ca. 29% of exports and 22% of imports of goods in Poland.  There are currently more than 7,200 German companies operating in Poland, with nearly 350,000 employees in 2018 alone. In 2018-2020, an average of 343 companies with German capital contributions were established per year in Poland. The construction, technology, automotive and transport sectors attract the most interest from German investors, with the Mazowieckie Province being the most popular location where 1 in 4 of every German company is located.

Over the last 25 years, German companies have invested EUR 28 billion in Poland. These include not only international corporations, but also SMEs looking to expand beyond their home country. The investments themselves are often fostered by specialised institutions advising Polish-German partners, such as the Polish-German Chamber of Industry and Commerce or the Hessian-Polish Centre for Economic Cooperation, as well as law firms specialised in assisting German entities, such as Kochański & Partners.

As Poland’s western neighbour, Germany has always been an important business partner, and Poland’s accession to the EU has clearly accelerated the integration process, and more and more Polish entrepreneurs are choosing to expand into the German market every year.

We have extensive experience in advising companies investing on both the Polish and German markets. We cooperate with leading German law firms to offer the highest quality of service.

We are a member of the Polish-German Chamber of Industry and Commerce (AHK Polska) which has been working for 27 years towards the enhancement of Polish-German economic relations, representing the interests of around 1,000 member companies.  Owing to our AHK Polska membership, we can attend numerous business meetings, source valuable information, promote our firm among other member companies and use a number of value-added services.

Our team of specialists recognises the importance of understanding German business etiquette and having up-to-date knowledge of the Polish and German market environments. Our lawyers are ready to assist in German and English at every stage of the investment process.

Michał specialises in Polish and EU competition law, including state aid, and in infrastructure regulatory law, particularly within the energy and railway sectors. He has advised on vertical agreements (distribution and commercial contracts) and horizontal agreements, as well as on the abuse of dominant position in industries such as the automotive, chemical, FMCG, pharmaceutical and media sectors. Michał also has expertise in merger control issues in sectors such as financial services and real estate. Moreover, he has represented clients in proceedings concerning regulatory issues related to the energy and railway sectors before the President of the Energy Regulatory Office, the President of the Railway Transport Office, environmental authorities and courts.

In 2004, Michał obtained a PhD in Law (summa cum laude) at the Faculty of Law of Technische Universität in Dresden. Since 1999, he has been affiliated with the Faculty of Law and Administration of Cardinal Stefan Wyszynski University in Warsaw – currently the Department of Public Commercial Law. He has authored dozens of publications published in Poland and abroad, concerning issues of antitrust, energy, and railway transport law, and has co-authored a Commentary to the Competition and Consumer Protection Act and the Energy Law Act. Michał has been a speaker and lecturer at numerous conferences and workshops in Poland and abroad, devoted to both academic and practical issues. He is a member of the Competition Law Association and the Centre for Antitrust and Regulatory Studies of the Faculty of Business Administration at the University of Warsaw.

Weronika provides legal advice on civil and administrative law, in particular real estate law, including but not limited to carrying out legal due diligence of properties, negotiating agreements relating to the property purchase and construction process, and property commercialisation (negotiation of lease agreements). She also provides day-to-day legal services to companies.

She began her professional career working for Herfurth & Partners (law firm based in Hanover, Germany), and later moved to Poland to work for leading German and international law firms in Warsaw, including Rödl, Noerr and Dentons (German Desk). She advised two major German automotive companies on numerous real estate investments in Poland (with one of them worth over EUR 500 million), and provided day-to-day and transactional legal services to a leading German grocery store chain.

Weronika graduated from the Faculty of Law and Administration at the Maria Curie-Skłodowska University in Lublin. She also studied at the Leibniz Universität Hannover in Germany under the ERASMUS programme and completed postgraduate studies (“Akademia spółek” – “Company Academy”) at the Warsaw School of Economics.

How can we assist?

We are active in the sectors of the economy which are key to German companies:

Our comprehensive support covers, among others, the following areas:

Construction company founded in Austria
Representing the client in a court dispute concerning claims for additional payments arising out of a contract for the modernization of a Polish railway line based on the FIDIC Yellow Book.

German electric utility company
Delivering legal advisory on a landmark deal between a European holding company and a German electric utilities company, regarding the acquisition of generation assets as part of a major asset swap, in particular performing the due diligence, advising on the transaction structure, and developing and negotiating transactional documentation.

Energy trading company
Comprehensive representation in proceedings before the Court of Justice of the European Union (including drafting of pleadings, representation at hearings before the Court, and taking other actions in connection with legal proceedings) with regard to an appeal against the decision of the European Commission on the conditions for exemption of the OPAL pipeline from the rules on third party access, issued in connection with the motion of the German regulatory office Bundesnetzagentur (related to variation of decision No. BK 8-08-009 issued by that office).

Portfolio company of one of the largest German construction/heavy industry investment funds
Advising and representing the Client in relation to a shareholder conflict within a Polish subsidiary of a German supplier of construction materials. Our advice included the development and implementation of a multithreaded strategy to improve the factual and legal situation in the Polish company, including representation in several litigated cases, invalidation of a number of incorrectly made share issuances in the Polish company; invalidation of incorrectly made amendments to the Articles of Association and representation in related matters.

Austria-based technology group
Advising a leading warehouse logistics and automation system and solution provider, offering a comprehensive range of services: from design through system commissioning, to comprehensive after-sales service involving the extension or modernization of existing distribution facilities used in trade and manufacturing.

Our assignment involved negotiating and drafting a contract for the design, delivery and commissioning of a system for the main pharmaceuticals and cosmetics distribution centre in Gdansk. The documentation regulates, in particular, system delivery dates, technical parameters, assembly and installation of the system, as well as testing, training, and the related system warranty, intellectual property rights and licenses.

Subsidiary of a leading German bank
Providing tax advice and processing of a VAT refund on tangible and intangible assets as well as support services purchased by the Company in Poland for the establishment of a so-called “passive” permanent place of business in a scenario where the planned operations of the Company never commenced. The Company intended to provide its non-Polish customers with innovative online and mobile banking solutions exempt from VAT in Germany. Only operations satisfying the Company’s internal needs (“back-office”) were to be carried out in Poland. To date, the general approach of the Polish tax authorities towards such VAT refunds has been negative. It is possible that VAT refund proceedings may require referring a preliminary question to the CJEU.  Kochański & Partners’ assignment included, among other things, a thorough review of arguments to be used in the refund proceedings and the development and implementation of the VAT refund procedure.

German bank
Advising on an amendment to a loan agreement granted to a limited joint-stock partnership (Polish: spółka komandytowo-akcyjna), secured by a guarantee granted by a Polish company, with regard to a third party acceding  to debt and the related impact on the established security, in particular the guarantee.

Kochański & Partners’ assignment included advising on transaction documentation in connection with the amendment of the loan agreement and change of security, in particular delivering opinions on draft amending annexes and security documentation, drafting corporate consents, and preparing and releasing a capacity opinion.

Consortium of senior lenders
We advised a consortium of senior lenders on financing the acquisition of the Brammer Group by Advent International via a GBP 90M revolving credit facility. Our role included advice on the negotiation of the revolving facility agreement, the intercreditor agreement and the accession deed, as well as the negotiation and verification of the Polish transaction and corporate documents. This was another high-profile international transaction involving parties from the UK, France, Germany, Belgium and Spain, as well as Poland, illustrating our recurring role in advising banks on substantial cross-border acquisition finance. 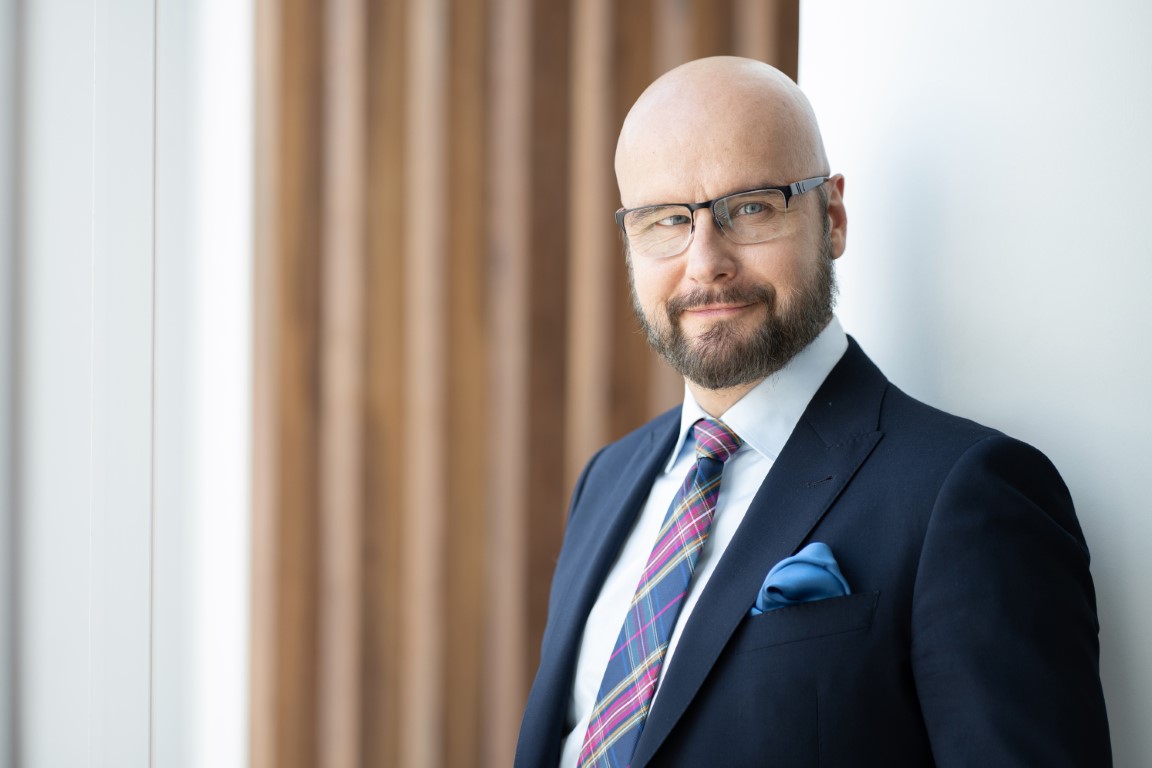 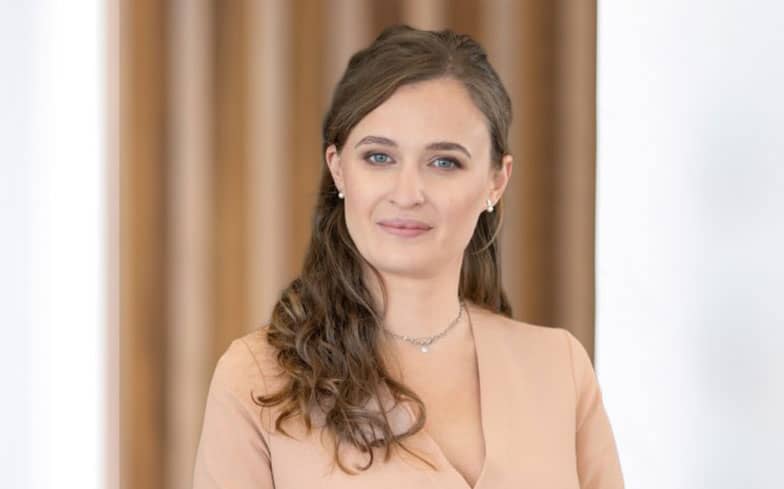 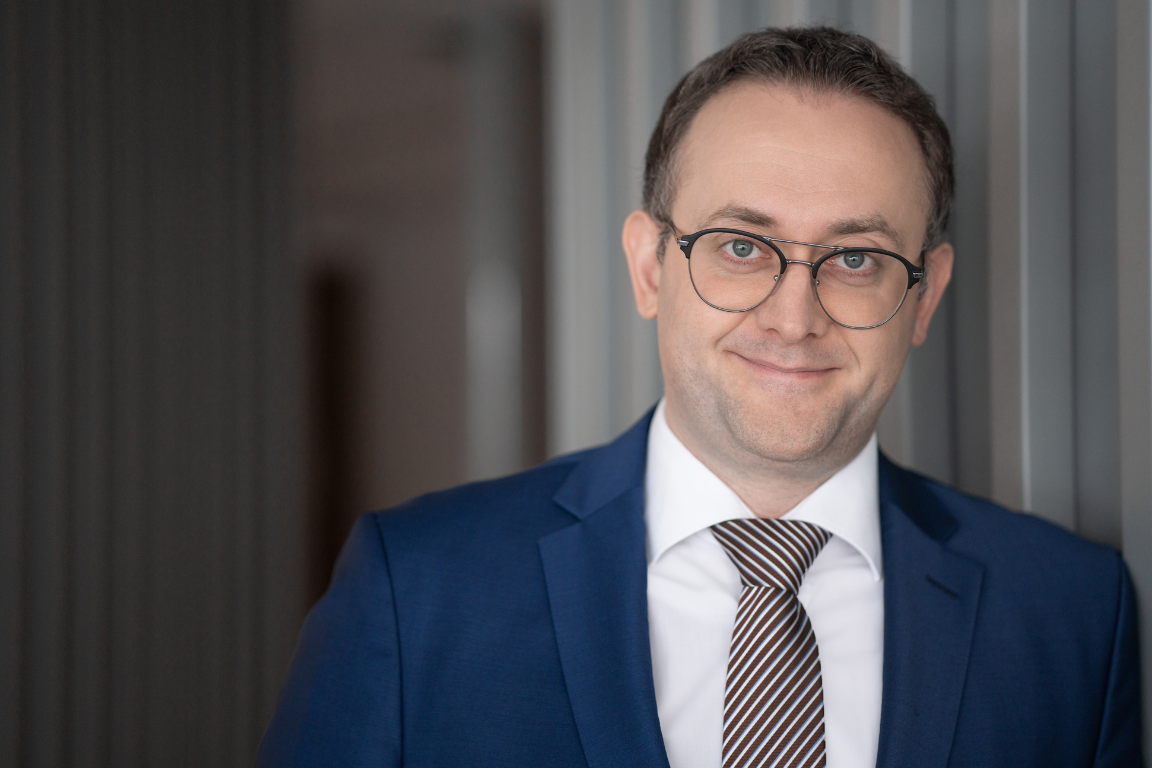