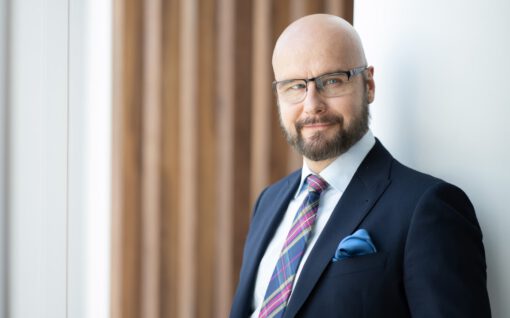 Michał Będkowski-Kozioł specializes in Polish and EU competition law, including state aid, and in regulatory law of infrastructure sectors, in particular the energy and railway sectors.

He has experience in advising many industries, such as energy, railway transport, finance, automotive, chemical, pharmaceutical, real estate or media.

Moreover, Michał has represented clients during proceedings before the national regulatory authorities and the European Commission, as well as during proceedings before national and EU courts. Since 1999, Michał has been an academic at the Faculty of Law and Administration at Cardinal Stefan Wyszyński University in Warsaw, currently in the Department of Public Economic Law. He is the author of many publications published in Poland and abroad, concerning issues of antitrust, energy, and railway transport law, and has co-authored a Commentary to the Act on Competition and Consumer Protection (ed. T. Skoczny, C.H. Beck Warszawa, 1st edition, 2009, 2nd edition, 2014) and a Commentary to the Energy Law Act et al. (ed. M. Czarnecka, T. Ogłódek, C.H. Beck, Warszawa 2020). Michał Będkowski-Kozioł has been a speaker and lecturer at numerous national and international conferences and workshops, regarding both academic and practical issues. He is a member of the Competition Law Association and the Center for Antitrust and Regulatory Studies of the Faculty of Business Administration at the University of Warsaw, as well as the Legal Studies Department of Institute De Republica.