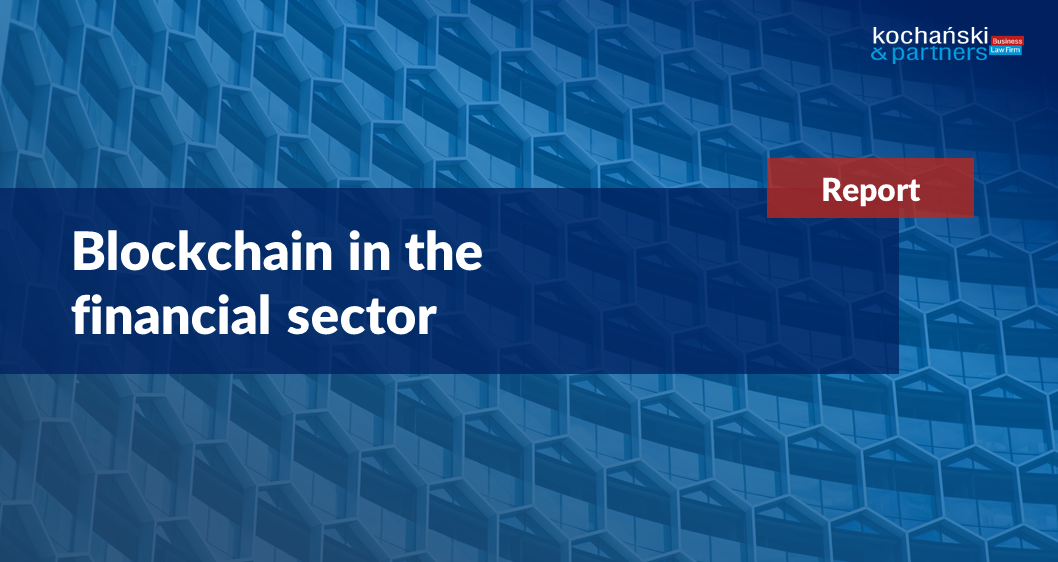 Blockchain – a revolution in the financial sector?

Will blockchain technology revolutionise the financial industry? By 2025, the value of the global blockchain market is forecast to exceed USD 21 billion, and 10% of global GDP is likely to be stored in blockchain, with more and more economic sectors opting to use this technology, including the financial sector. Polish banks are rapidly embracing this new technology and already working on further implementations.

Technology at a glance

What is blockchain? By definition, blockchain is a distributed ledger of transactions across a network that can be accessed and viewed by all network users.

“Blockchain is a special type of database containing an ever-growing volume of information grouped into blocks and linked together. Each subsequent block contains a timestamp of when it was created and a link to the previous block, being an encrypted ‘summary’ of its contents,” explains Piotr Gałka, Attorney at Law, Counsel at Kochański & Partners.

The use of blockchain technology allows analytical and control processes between financial institutions to be carried out in an integrated manner, providing unrestricted access for regulators to examine the system as a whole.

Blockchain technology was used to launch the world’s most popular cryptocurrency at present – Bitcoin. It all started in 2008, when the first document to describe Bitcoin appeared on metzdowd.com. Soon after, the first cryptocurrency mining software was launched. The first-ever recorded Bitcoin transaction was made in the U.S. and involved payment of 10,000 Bitcoins for two pizzas. If the transaction were made today, the pizzas would have been considered to be the most expensive pizzas in the world, being worth USD 300 million (1 Bitcoin is currently valued at USD 30,000).

Bitcoin is a cryptocurrency (digital currency). It has no material form, and there are no regulations in place which would define its functioning. It also differs from traditional currencies in having no central issuing authority, such as e.g. the National Bank of Poland for PLN. Cryptocurrencies are stored on a computer, with their value being dependent on free market forces. It is decided at the system development stage how many coins of a specific cryptocurrency will be in circulation. Bitcoin has a total available supply of 21 million units, and is increasing towards this limit.

Cryptocurrencies can be obtained by “mining” them in person or buying them from a dedicated exchange or marketplace. To put it simply, Bitcoin “mining” is about using computing power to solve math problems. Can this be done at home? – It was possible a few years ago, but today the required computing power is huge and can only be achieved with specialist equipment.

Despite its growing popularity, blockchain still lacks uniform regulations. From a regulatory perspective, blockchain can be considered in three categories: first – as an interesting option for the banking sector; second – as a technology that has enabled the emergence of a parallel financial market for cryptocurrency assets; third – as a technology setting up a next-gen financial system infrastructure.

From the first perspective, blockchain implementation involves legal aspects typical of introducing new solutions, in particular the processing of data, including data protected by law, which may require meeting requirements for outsourcing, including cloud-based outsourcing.

Blockchain, used in an open source model, has also underpinned the phenomenon of the emergence and growth of cryptocurrencies. The global dispersion of transaction information storage and processing has proven to be an effective way to build an alternative, unregulated financial market for cryptocurrency assets. National regulators are responding to this phenomenon with both interest and great caution. New EU regulations are currently being drafted to transform the cryptocurrency asset market into a regulated market, fully compatible with the existing financial system. The draft Regulation on Markets in Crypto-assets (“MiCA”) is intended to create a legal framework for the functioning of the market, harmonise rules at the EU level and remove existing legal barriers.

The Regulation on a pilot regime for market infrastructures based on distributed ledger technology (DLT) will be another new piece of legislation. It is intended to enable the financial market players to make use of DLT in a secure legal environment, thus leading to the development of a secondary market for crypto-assets as financial instruments.

Blockchain is mainly known as the technology behind Bitcoin. However, its potential is much greater. How can best apply to the banking sector? First of all, blockchain is a response to banks’ legal problems associated with the obligation to provide documents on a durable medium. Banking institutions are required to send information in a form that prevents subsequent interference with the content of documents and enables customers to access them at any time. Electronic banking, according to case law, was not able to satisfy these requirements. Blockchain technology, which made it possible to send documents in a secure and compliant manner, has proved to be the solution.

Are Polish banks ready for blockchain?

There are, however, more applications of the technology in the financial sector. Blockchain can also be used to create an effective and inexpensive settlement system.

“The existing payment and interbank settlement systems are based on outdated technologies unsuited to the requirements of today’s globalised economy. With the widespread use of blockchain payments it will be possible, among other things, to store and effectively authenticate digital transaction data and create so-called smart contracts,” says Piotr Gałka.

PKO bank was the first in Poland to implement blockchain technology as a system for verifying the authenticity of bank documents, including regulations and fee and commission schedules. Other financial institutions quickly followed suit. Alior Bank used public blockchain for the first time to offer its customers the possibility of authenticating bank documents. ING Bank Śląski also recently announced that it has taken part in a pilot trade finance transaction based on blockchain technology. Co-operative banking is not lagging behind either: in summer 2019, Bank Spółdzielczy in Toruń announced the implementation of a solution based on a distributed blockchain system.

Blockchain has the potential to revolutionise the Polish banking sector. Are banks ready for it?

“This will be seen in the coming years. It is likely that banks will employ this technology to provide innovative services to customers. With blockchain it will be possible to remove the intermediary, and replace this with a reliable, transparent and borderless system available to everyone,” concludes Szymon Ciach, Attorney at Law, Senior Associate at Kochański & Partners.

Transformation of the energy sector in the cloud

What do the indices tell us? – COVID-19 impact on the economy [Kochański & Partners report] 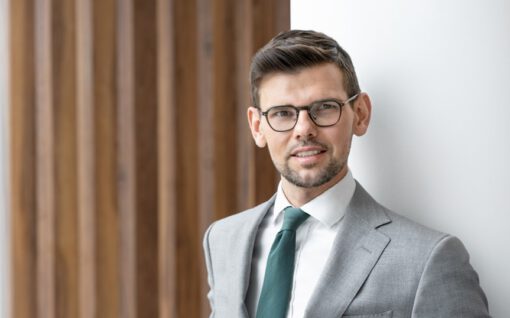 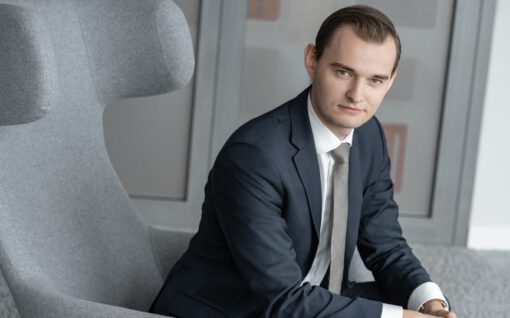