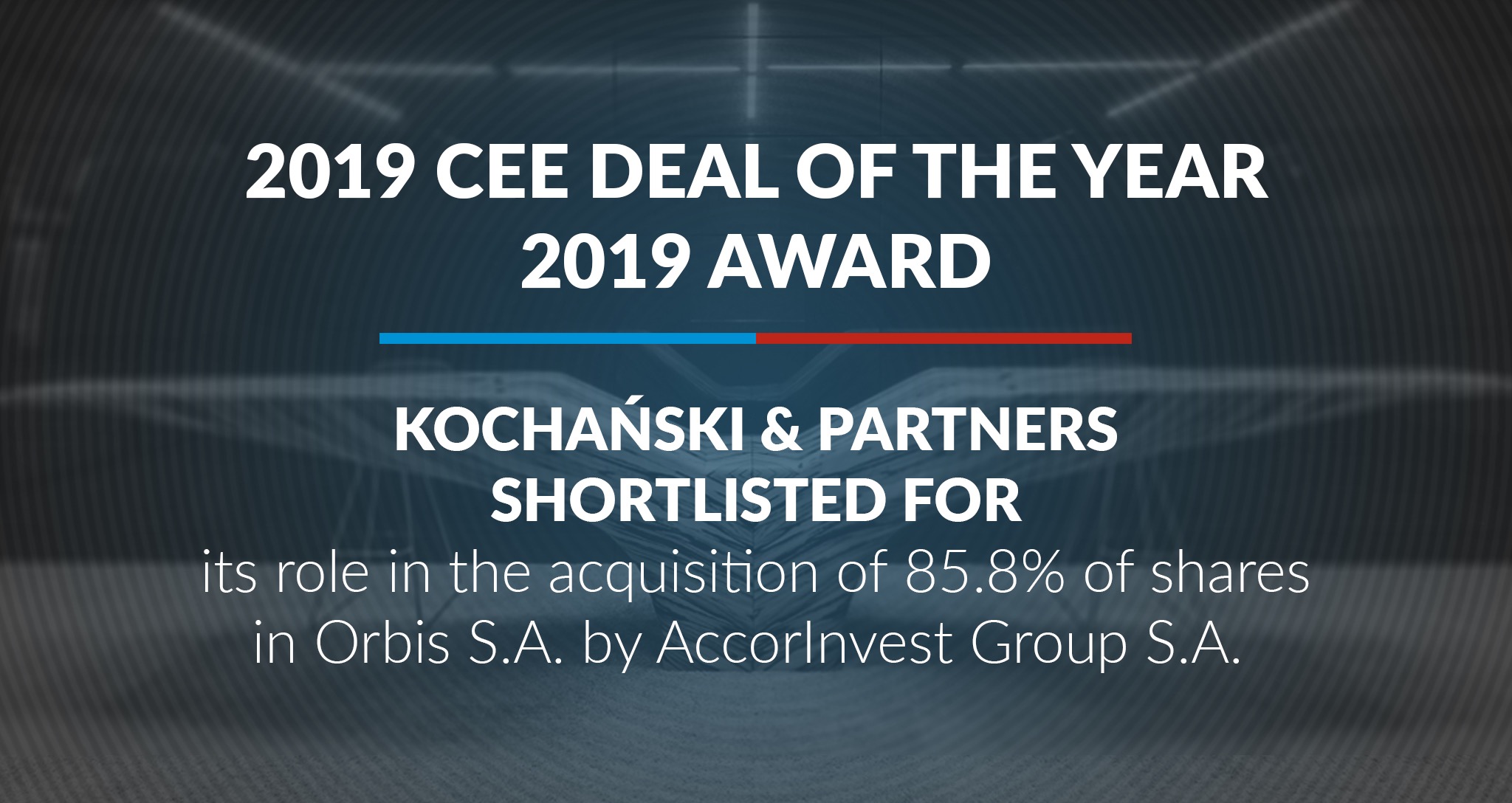 CEE Legal Matters – the reputable, influential industry portal and magazine dedicated to CEE legal markets, has published the list of law firms nominated for the prestigious 2019 CEE Deal of the Year Award, with Kochański & Partners (K&P) nominated for its role in the acquisition of 85.8% of shares in Orbis S.A. by AccorInvest Group S.A.

K&P was the main legal counsel to AccorInvest Group S.A., a leading investor, owner and manager in the international hotel market, in a EUR 1.06B transaction involving the sale of 85.8% shares in Orbis S.A. (jointly owned by Accor S.A. and Accor Polska sp. z o.o.) on 16 December 2019. One day later (17 December 2019), a call to all Orbis S.A shareholders to sign up for the sale of their shares to AccorInvest Group S.A. was announced via the Santander brokerage house.

A team of lawyers led by Rafał Rapala (Senior Partner, Head of Corporate Law and Transactional Practice) and Paweł Cholewiński (Partner, Head of Real Estate Practice) conducted the due diligence of Orbis S.A., including its 46 hotels in Poland, and also developed transaction structures, and prepared and negotiated Orbis S.A. share sale agreements and other transaction documentation. K&P lawyers also advised on the call to sign up for the sale of shares in Orbis S.A. via the brokerage house.

The winners will be announced on 23 April 2020 at a gala in London.