Polish railways made safer by groundbreaking judgment on system interoperability

On 13 January 2016, the Regional Court in Warsaw fully sustained the position of Kochański & Partners law firm and advocate Magdalena Pląskowska, who represented PLASTWIL Sp. z o.o. in the appeal against the decision of the National Appeals Chamber (KIO) dated 18 April 2016, in case KIO 446/16.

The Regional Court in Warsaw granted PLASTWIL’s appeal against the decision of the National Appeals Chamber regarding the Terms of Reference developed by PKP PLK S.A., relating to the description of the subject of the contract and to the documents required for marketing the product.

PLASTWIL is a plastics processing and metalworking company working mainly for the railway industry.

The judgment is of crucial importance as it has broken PKP PLK’s practice which allowed tenders to be submitted by undertakings which do not meet minimum safety criteria and are unable to offer products that can be legally placed on the market in Poland in compliance with EU rail transport law. Moreover, such practices significantly reduced the competitiveness of those undertakings that had obtained all the legally required documents, thus having to bear greater costs, resulting in higher product prices and higher tender value.

“I am proud of my team and our work. This extremely important and groundbreaking judgment addressing the interpretation and scope of application of the Technical Specifications for Interoperability (standards, protocols and recommendations) relating to the infrastructure subsystem of the rail system in the European Union, will strongly contribute to enhancing railway safety in Poland and will reduce unfair competition”, said Paweł Gunia, Advocate, Partner and Head of Infrastructure and Construction Practice at K&P.

PLASTWIL has questioned those provisions of the Terms of Reference which relate to the documents proving compliance of the product offered with the Infrastructure TSI.

For the purposes of the contract award procedure, PKP PLK as the Contracting Entity treated authorisations to place in service relating to structure types, EC declarations of conformity or other documents recognized for the purposes of verification of the TSI Infrastructure subsystem, as alternative documents. Moreover, PKP PLK indicated a specific product instead of the characteristics and a description of the subject of the contract.

The Court sustained PLASTWIL’s position and held that pursuant to Article 7 of Commission Regulation (EU) No 1299/2014 on the technical specifications for interoperability relating to the ‘infrastructure’ subsystem of the rail system in the European Union (OJ EU L 356 of 12 December 2014), from 1 January 2016 every interoperability constituent to be placed on the market is required to have an EC declaration of conformity or suitability for use and that the alternative documents specified by PKP PLK may not be submitted.

The Court also stated that in the description of the subject of the contract PKP PLK should have specified the technical standards to be met by the interoperability constituents and should not have identified specific product types. 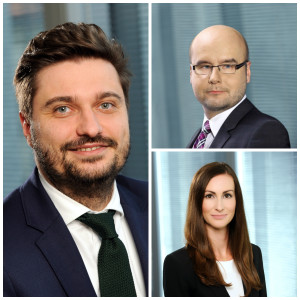