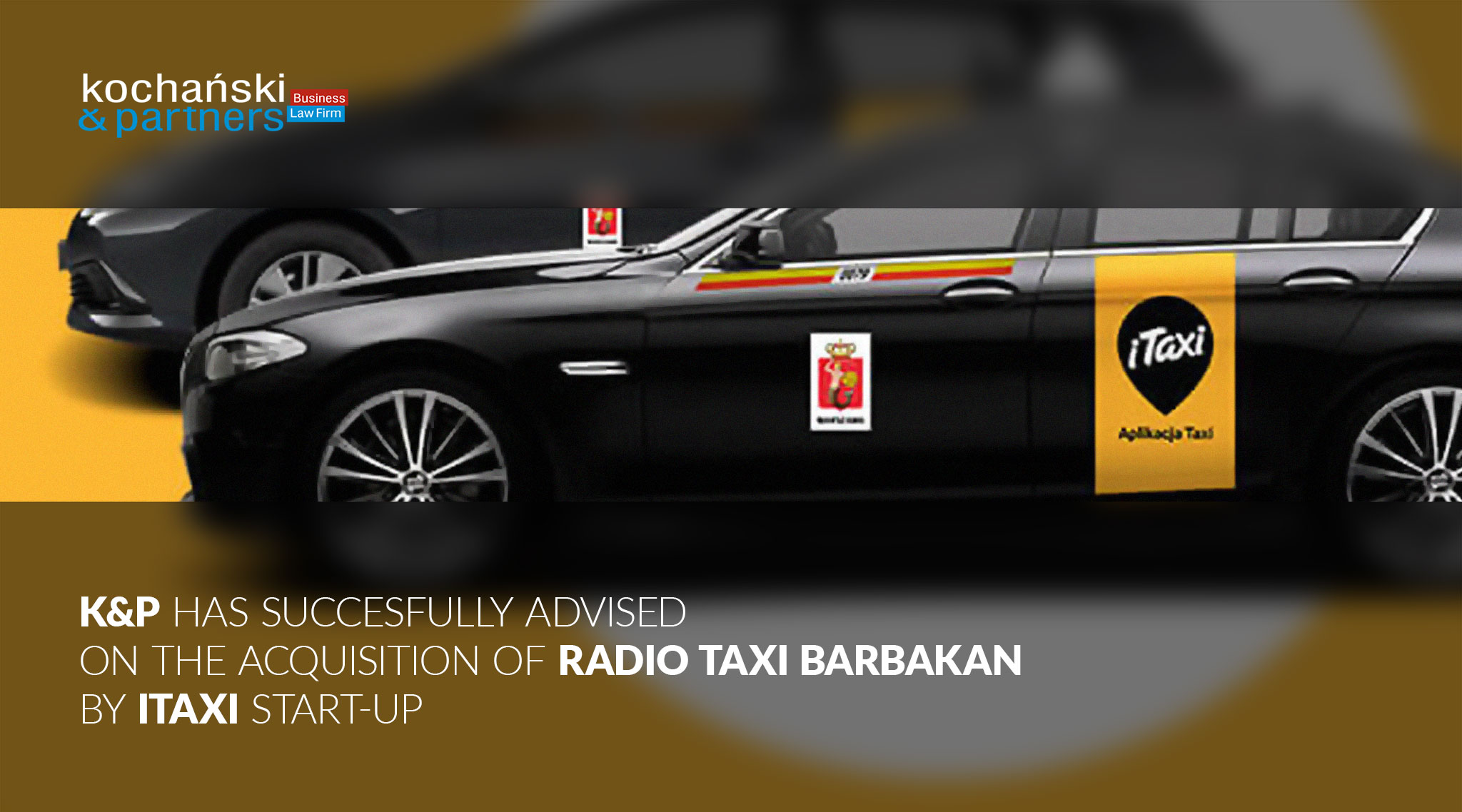 Kochański & Partners has advised iTaxi on the acquisition of an organized part of Radio Taxi Barbakan’s enterprise from a Krakow taxi corporation. The acquisition is aimed at consolidating and strengthening iTaxi’s market position as a leader in taxi transport via an app already being used by 15 million Poles.

I expect the taxi market to consolidate much more strongly in the near future. Taxi transport is the last transport sector that is so fragmented, there are hundreds of companies operating on local markets without the marketing or organizational facilities that the larger companies have. iTaxi is currently holding talks with more than a dozen potential industry partners in several cities in Poland and is already closing a number of agreements. And we do not exclude further acquisitions. Consolidation is how we envisage achieving the greatest potential in this market. The larger the fleet, the faster we can link drivers with passengers, and the technological advantage becomes more significant as our scale grows — says Jarosław Grabowski, CEO of iTaxi. (Source: pb.pl)

The team of lawyers responsible for the transaction was led by Paweł Mardas, Partner and Head of Mergers & Acquisitions Practice at K&P. The work included drafting and negotiating transactional documents and developing a procedure for the effective transfer of Radio Taxi Barbakan into the iTaxi operational structure.

iTaxi operates in more than 150 cities and towns in Poland. Radio Taxi Barbakan, established in 1994, is the largest network of transport services in the Małopolska region.