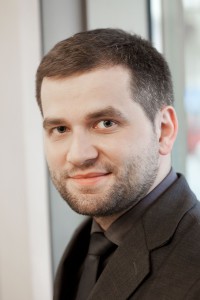 The European Court of Human Rights decided to pursue a complaint submitted to the Court by advocates from the Litigation and Arbitration Department of Kochański Rapala and Partners. The complaint was submitted on behalf of Krzysztof Koniuszewski – a journalist from Auto-Świat, a weekly magazine published by Ringier Axel Springer Polska – who was sentenced for defamation by a legally-binding decision of the Regional Court in Warsaw. In 2006, Auto-Świat published five articles written by Krzysztof Koniuszewski regarding the quality of fuel at gas stations in Poland, entitled as follows: 1. “You can make an official complaint here” 2. “Brand-name Stations care about the quality of fuel” 3. “Costly repairs” 4. “We expose fuel crooks” 5. “Stations selling counterfeit fuel” The author published an official report from the Office of Competition and Consumer Protection alongside the articles (previously published on the website of the OCCP) described as “Report – the results of fuel quality control carried out in 2006”. The report included an examination of the quality of supplied diesel oil and gasoline. In the report, a gas station owned by an individual that brought a private prosecution, was amongst the gas stations highlighted for not meeting fuel quality standards upon the taking of samples. The report revealed that the mentioned station provided a good quality of diesel oil, whilst gasoline was stated to be of poor quality. The station’s owner accused the author of the article of making defamatory statements. The time limit granted to the Republic of Poland for a submission of its response expires on 29 January 2015. In this context, it is worth noting that according to statistics, about 90% of complaints are rejected by the ECHR at this stage. In addition, one of the conditions which should be fulfilled in order for a complaint to be admitted for its substantial hearing is that the complaint cannot be identical with a matter that was previously examined in Strasbourg, nor should the complaint have been subject to a resolution by another international body.