The District Court for Kraków-Śródmieście has discontinued criminal proceedings against an Onet journalist who wrote about paedophilia in the Tricity area (Gdansk, Gdynia and Sopot). Mr Podolski was represented by advocate Mateusz Ostrowski, Partner and Head of Litigation at Kochański & Partners.

Mikołaj Podolski detailed several paedophile crimes that were to be committed in the Tricity, among others by Krystian W. alias “Krystek”. The journalist based his article on files made available to him with the court’s approval. Nevertheless, he was accused of allegedly revealing details of the investigation, and was threatened with a potential two-year prison sentence.

In June this year, Zbigniew Ziobro, the Minister of Justice and the General Prosecutor, ordered the indictment to be withdrawn as unfounded.

The Regional Court also discontinued the case due to lack of grounds for the indictment. Mateusz Ostrowski of Kochański & Partners observed:

It’s rare for the defence and prosecution to share the same opinion. In this case, both parties agreed that there were no grounds for an indictment, which confirms that the Court’s decision to discontinue the proceedings was well-founded. 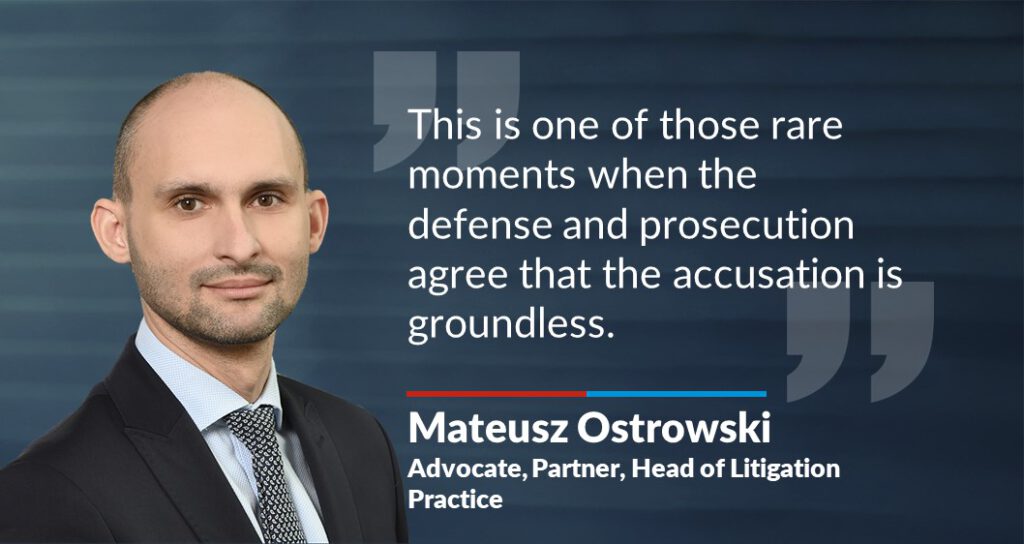