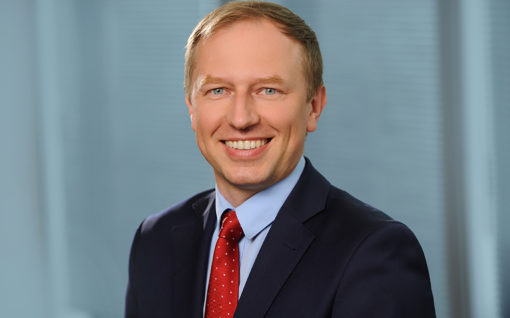 Wojciech Wrochna also leads European Law & European Economic Regulations Practice at K&P. He specializes in European law with a particular emphasis on competition law issues (including state aid and sector regulation) as well as in investments and transactions between entities operating on the regulated markets.

His experience in the regulated markets covers comprehensive advice to clients in the field of investments and transactions, obtaining financing (EU funds) and among others advice on LNG Terminal investment, cogeneration, wind farms, and broadband networks. He has also advised Polish energy companies PGE EJ1 (GK PGE) and PSE SA, concerning regulation of the energy sector, EU law and public assistance issues (contract for difference, the capacity market).

Wojciech is an academic lecturer and the author of articles on EU and energy law, and the co-author of commentary to the Treaty establishing the European Community.