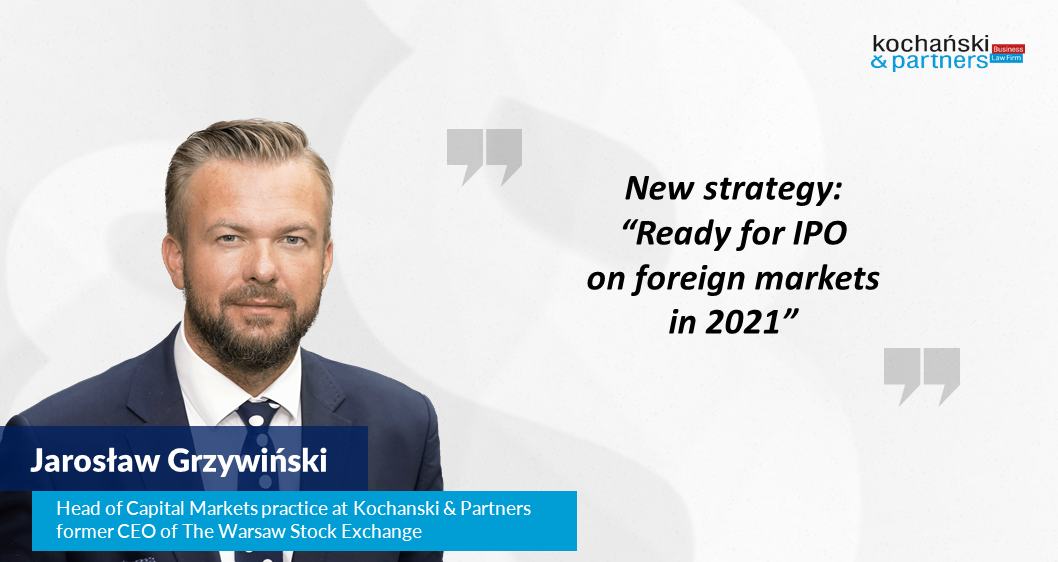 Sourcing new capital for European companies on stock exchanges in 2021

In 2021, many companies will need flexible forms of financing, for measures such as business restructuring  and technological development. To this end, European stock exchanges must create favourable conditions for financing cross-border IPOs. This goal can only now be achieved by capital markets coalescing as a single financing market, free from barriers through the joint strategy “Ready for IPO on foreign capital markets”. For the development of investors and companies we cannot limit ourselves to investors solely in our own local jurisdiction. The largest European stock exchanges, led by the London Stock Exchange, can play a key role in the cross-border financing of companies in turbulent times.

The immediate launch of the Capital Markets Union in 2021 should be the first common goal in the fight against instability in the European economies. The project, under the official name “European Capital Market” and “Ready for IPO on foreign markets in 2021” can fulfil several parallel, stabilizing and development functions. Firstly, the Union of Capital Markets should be an opportunity to provide systemic support to exchanges and issuers in the process of overcoming the current crisis, and secondly to build a specific protective system in the event of the next crisis and thirdly – to create the most competitive capital market in the world. The stability, resilience to crises and competitiveness of the EU capital market system should now be the overriding paradigm in creating a Capital Markets Union.

The economic crisis, which is in fact just beginning to unfold before our eyes, is a compelling force for all EU institutions, in particular the European Commission, to resume real work on the creation of an institution stabilizing the entire capital market sector across Europe. The Capital Markets Union and the executive institution supporting it should be such an instrument. The Executive Office (regardless of the name of such an executive institution) of the Capital Markets Union should also prepare Europe for such crises as the current one, with powerful resources and stabilizing financial instruments.

In such a turbulent reality as the current, the most positive news for all investors would be the creation of a stable and integral European capital market together with an “executive office” with powerful monetary reserves and budget. The launch of the Capital Markets Union may become a new paradigm for the development of the entire European economy, although today it may seem a purely futuristic vision. The task is simplified because 90% of the conceptual work has already been carried out by the European Commission, the Council and the European Parliament, with only a small remainder belonging to the executive and institutional phases. The current crisis shows that nothing would give a greater sense of stability than the integration of capital markets and institutions coordinating potential investment reserves in the event of a deepening crisis.

Preparatory work on creating the Capital Markets Union in the current formula is at an advanced stage. The European Commission carried out all the activities it had committed to in the Capital Markets Union Action Plan of September 2015 and the mid-term review of June 2017. These include conclusions confirming the creation of opportunities for enterprises and investors on the single capital market from new EU-wide products and services as well as more effective support of the financial sector. Member States subsequently reached agreement on 10 of the 13 legislative proposals tabled by the Commission regarding the Capital Markets Union. The momentum was however, slightly derailed following analysis of the impact on capital markets of the UK’s withdrawal from the European Union.

The objectives of the Capital Markets Union in many areas remain unchanged, with the most important being:

Most of the actions of the Capital Markets Union, currently looking forward to a long crisis ahead, should be to focus on providing stabilizing measures and on eliminating barriers hindering cross-border investments. In every area, it is now necessary to restore international exchange of funds, including financial. In the current situation, the first action should be towards stabilizing of the capital markets system. Since 2015, considerable time has been spent with Member States and local regulators to work out the conceptual foundations of the Capital Markets Union. At a time of boom and dynamic growth of national economies, the “off the record” prevailing conviction was that it was better to function individually without coordination within a single consolidated instrument, such as a Union of Capital Markets. Today we have learned new lessons, and can understand that even the strongest individual capital market cannot protect against a domino effect when dealing with a global crisis as in the coming months.

In 2021, we will have reached a critical moment in the functioning of all capital markets, not only in Europe but globally and without exceptions. Only through joint actions can capital markets in Europe survive the approaching storm, and only then compete with much stronger Asian and American markets in the long term. Unfortunately, the worst is yet to come on the capital markets this year. Of course, short-term liquidity, sometimes even excess liquidity in recent weeks, is a short-term added value, but it seems to be the only one and only for transaction operators, i.e. exchanges. Issuers are losing significant capitalization, the value of which they have built over the years based on fundamental premises for business development.

Let’s be realistic, the crisis in 2020 on European and global stock exchanges is just the first wave of the tsunami heading for capital markets. Successive waves of decline are coming, and will be more long-lasting, with the closest following the issuers announcement of quarterly results for the first and second quarter and forecasts for the coming months. Stock exchanges cannot exist without issuers, issuers cannot survive without investors. Europe has long been interconnected in an almost inseparable way. I can find no more logical reasons why than at this crisis moment we have any other option than to urgently launch the  “Capital Markets Union” and “Single European Capital Market” projects. Therefore, I believe that it is high time to enable the financing of companies, including foreign ones, with the help of the new strategy of European capital markets. 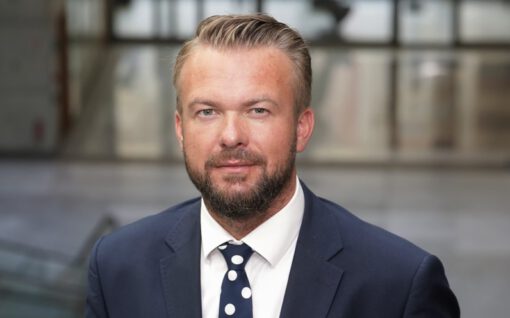