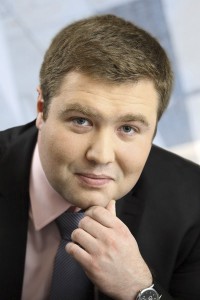 On March 16, 2015 the Regional Court in Warsaw in a case brought by Konrad Kornatowski (the former Police Commander in Chief) against Jan Rokita (a well-known Polish politician, the former member of the Polish Parliament) for payment of PLN 100,000 as compensation, dismissed the action in full and awarded against the Plaintiff to the benefit of the Defendant the amount of PLN 3,617 as reimbursement of costs of the proceedings.

In the parol reasoning, the Court upheld the Defendant’s argumentation, the Defendant being represented by the attorney – Konrad Orlik, an advocate from Kochański Rapala & Partners law firm, including: the court proceedings cannot be used as a form of personal revenge for the Plaintiff to be exerted against the Defendant, and the aim of the proceedings is not to punish the Defendant but to only prevent infringements and to minimize pain suffered by the Plaintiff, whilst the earlier judgment of the Regional Court in Warsaw in the case for the protection of personal interests, subsequently amended by the Court of Appeal in Warsaw, constitutes sufficient satisfaction for the Plaintiff. The Judgment is not yet final and binding.

The Police Commander in Chief pointed to, as a basis for his Statement of Claim, to the final and binding judgment whereby the Court held that Rokita had infringed his personal interests by a statement of 2007 where it was declared that Kornatowski as a prosecutor in the Polish Peoples’ Republic allegedly fabricated evidence that was supposed to confirm that the militia was not responsible for the death of the oppositionist Tadeusz Wądołowski, who died in 1986 in the Citizens’ Militia railway station in Gdynia, and described the former Commander as a “particularly villainous prosecutor who dishonors Polish police”.

Jan Rokita was represented by the following advocates from the Litigation and Arbitration Department of Kochański Rapala & Partners law firm: Konrad Orlik and Tobiasz Szychowski.