Can WIBOR be replaced by another benchmark in home mortgage agreements only?

Due to rising interest rates and a significant increase in mortgage repayments, several ideas have recently emerged to support borrowers. In particular, according to a preliminary government proposal, in home mortgage loans (including existing ones) the WIBOR benchmark would be replaced with another benchmark, while WIBOR would continue to apply to other types of loan agreements. However, the legal feasibility of such a solution is worth exploring.

To assess whether WIBOR may be replaced by another index in existing loan agreements with the interest rate based on WIBOR, one must first consider that WIBOR is functioning under the legal regime of Regulation (EU) 2016/1011 of the European Parliament and of the Council of 8 June 2016 on indices used as benchmarks in financial instruments (…), i.e. the so-called Benchmark Regulation (BMR).

WIBOR was selected by the Polish Financial Supervision Authority (KNF) and accepted by the European Commission as the so-called “critical benchmark” within the meaning of the BMR.  Consequently, in principle, this benchmark may only be set aside and replaced by another benchmark in loan agreements in compliance with the detailed procedure set out in the BMR.

In accordance with the BMR, the new benchmark should replace, by operation of law, any reference to the former benchmark in all types of agreements and instruments mentioned in the BMR.

However, according to representatives of the ruling camp, the plan to replace WIBOR with another benchmark would apply only to home mortgage loans, while WIBOR would remain the benchmark applicable to other types of loan agreements, in particular concerning loans for business entities and consumer loans.

Such solution seems difficult to reconcile with the BMR, since according to this Regulation the replacement of one critical benchmark with another should lead to the complete cessation of the use of the benchmark being replaced – in this case WIBOR.

Moreover, in accordance with the BMR the new benchmark should replace, by operation of law, any reference to the former benchmark in all types of agreements and instruments referred to in the BMR, and it is thus impossible to implement replacement in only certain types of agreements. 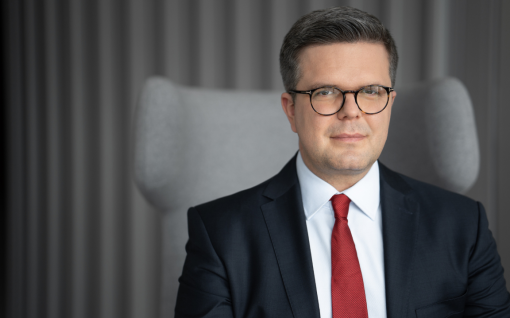