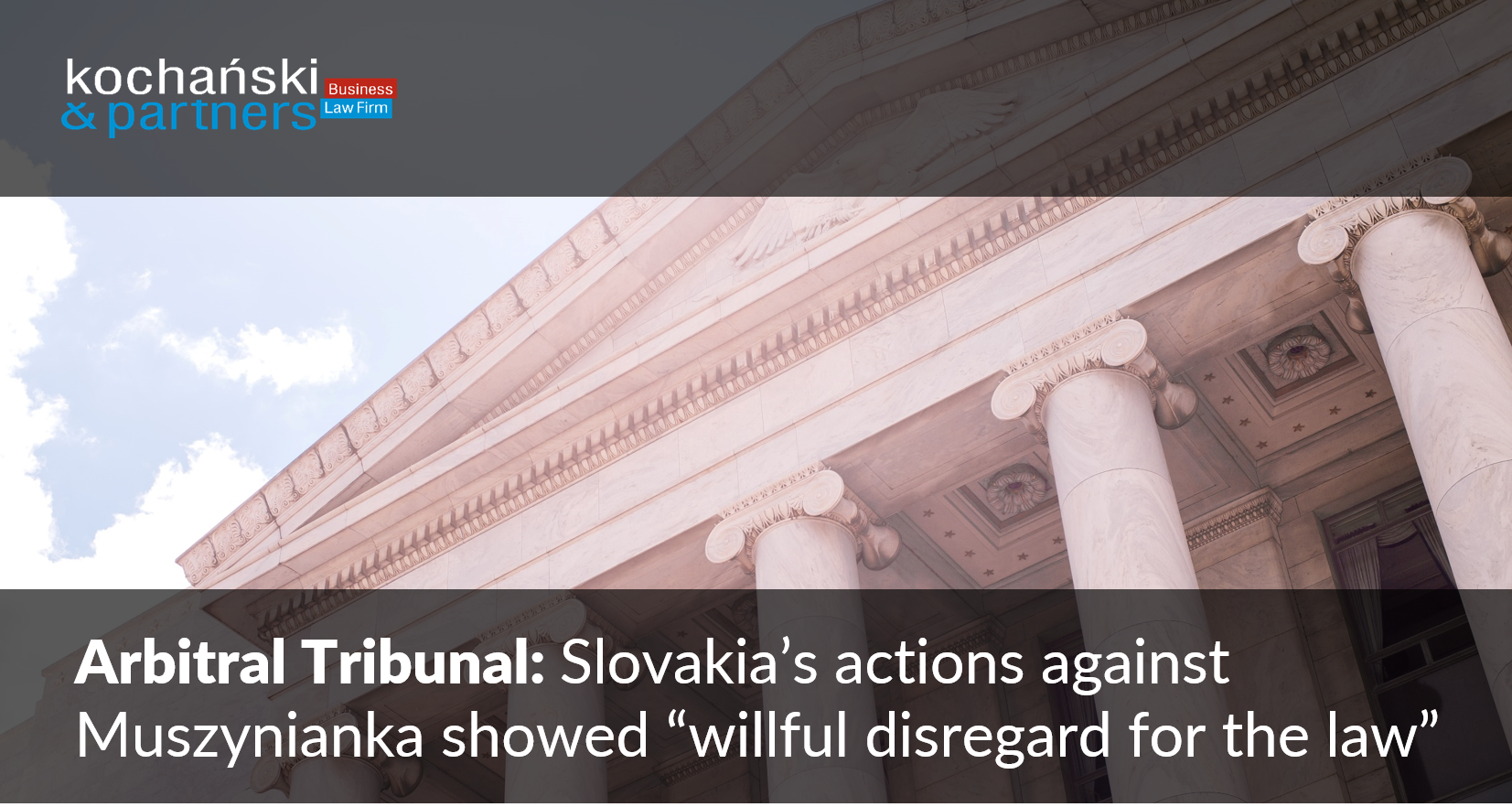 On 7 October 2020, the arbitral tribunal conducting proceedings under the UNCITRAL rules issued an award in the case of our Client “Muszynianka” sp. z o.o. against the Slovak Republic. The Tribunal decided that Slovakia violated international law to the detriment of the Polish company.

The dispute concerned a breach of the Poland-Slovakia BIT. The case was precedential in many aspects such as the objection regarding termination of intra-EU BITs.

The Arbitral Tribunal held that it had jurisdiction over the dispute and dismissed all jurisdictional objections of Slovakia and the application by the European Commission. Furthermore, the Tribunal dismissed all objections to the admissibility of Muszynianka’s claims, including the objection of alleged illegality of the investment project, which was crucial for our Client.

The Tribunal shared the arguments of Kochański & Partners’ lawyers, stating that the administrative proceedings concerning Muszynianka “were conducted in willful disregard of Slovak administrative law and the transparency expected from State authorities”. In the Tribunal’s view, „such treatment was in breach of the fair and equitable treatment standard”. The Tribunal also found that such conduct was in breach of the non-impairment standard.

The Tribunal held, however, that the Constitutional Amendment banning the cross-border transport of water via pipelines, did not violate the BIT – in other words, this amendment was within Slovakia’s regulatory powers. Consequently, the Tribunal considered that Muszynianka could not expect to be given a permit to extract and transport water after the Constitutional Amendment came into force. Thus, the Tribunal did not award damages for the BIT violations.

“Considering the essential part of the award and the Client’s reaction, we believe this to be a success and are now considering the legal remedies that may enable our Client to obtain satisfaction of his recognized claims” – commented Marek Jeżewski, PhD, Partner and Head of Dispute Resolution at Kochański & Partners.