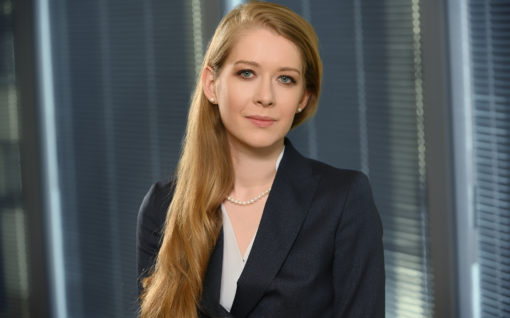 Karolina specialises in company and commercial law. She provides comprehensive services to foreign companies starting their business in Poland, including advising on the optimisation of the legal form of business, establishment of commercial law companies with foreign capital contributions, and also hiring of employees and recapitalisation of companies. Karolina has prepared labour, social security and immigration law analyses. She has also been involved in preparing insurance and company law due diligence, and analysing the effectiveness of contracts governed by English and U.S. law. She also provides legal assistance in compliance policy and gambling law.

Karolina worked as a legal advisor at the QMUL Legal Advice Centre in London where she advised clients on commercial and immigration law matters in cooperation with the legal team of Clifford Chance LLP. She was recognised by Reed Smith LLP as one of the top ten LAC legal advisors in 2014.