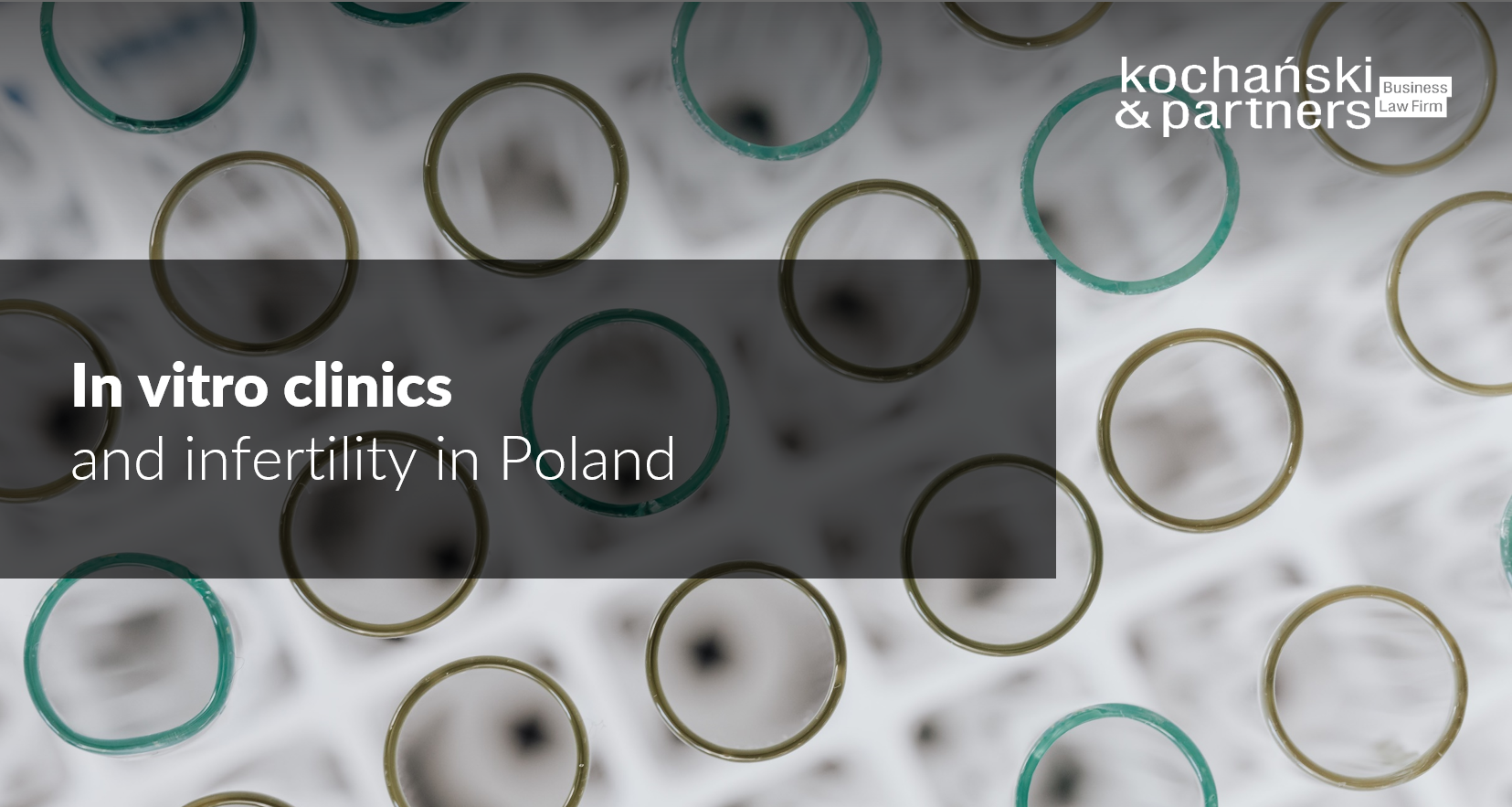 In Poland, although almost 20% of couples face infertility, only 1/5 undertake treatment. The Polish market of in vitro clinics continues to be one of the smallest in Europe. If the situation does not change, by 2050 the Polish population will have decreased by 14%.

In 2015, there were only 41 fertility clinics in Poland.  This number was the smallest in the EU in proportion to the number of women in childbearing age. However, the growing demand for services has led to a positive growth trend on the Polish market, with 30 new clinics being opened between 2015 and 2019. Interestingly, although the market is small, the quality and effectiveness of infertility treatment in Poland is among the highest in Europe – as many as 32% of in-vitro (IVF) procedures have been successful.

However, cost is often a barrier to treatment. The price of an in-vitro procedure in a Polish clinic ranges from PLN 6,500 to as much as PLN 25,000, while Polish couples cannot count on state financial aid to cover the costs of treatment. IVF was reimbursed by the state for only a short period between 2013 and 2016.

People suffering from infertility can, however, apply for support from local authorities. The City Hall of Warsaw announced that it would allocate PLN 11,000,000 for IVF financing in the years 2020-2022, while Lodz and Bydgoszcz have allocated PLN 1,000,000 and PLN 500,000 for this purpose, respectively. The authorities of Krakow, Wroclaw, Poznan, Czestochowa, Szczecin and Sosnowiec also presented their IVF financing programmes. Polish cities organise tender procedures to select fertility clinics which will offer reimbursable treatment. However, the funds offered by local authorities are not always sufficient to cover the entire cost of treatment. In the Mazowieckie and Lubuskie Provinces, couples can apply for funding of up to PLN 18,000, however the average aid in most regions is usually PLN 5,000-6,000. Moreover, each local programme is open to a limited number of participants, usually approx. 100 couples per year.

Despite pro-family initiatives such as the 500+ programme, the demographic situation in Poland is bleak, with the 2019 birth rate reaching the lowest level since World War II. If the downward trend continues, our population is forecast to decline by as much as 14% by 2050, compared to 1% in the entire European Union and Great Britain. The number of women of reproductive age in Poland will also decrease significantly – from 9,300,00 in 2015 to 5,800,000 in 2050.

The birth rate decline is due to, inter alia, an increase in the age at which women are deciding to have a child. At present, most women in Poland get pregnant for the first time at the age of 26-31, i.e. 6-8 years later than in the early 1990s. This results in a reduction in the number of births in relation to the number of women of reproductive age (15-49 years old). Today, the fertility rate in Poland is 1.43, while its optimal value for a stable demographic development is 2.10-2.15. The downward trend is forecast to continue and reach 1.38 later this year.

Fertility rate in Poland on the rise

One of the major reasons for the low birth rate in Poland is infertility affecting as many as 15-20% of Polish couples, i.e. much more than in highly developed EU Member States where 10-12% of couples on average experience difficulties having children.

Despite the alarming scale of the problem, only 20% of couples decide to undertake fertility treatment, compared to 50% in Western Europe. Why is the Polish population so unwilling to seek help? Firstly, the issue is surrounded by social stigma, especially in case of methods such as in vitro, which raise bioethical concerns in public debate, especially among Catholic communities. Secondly, couples often feel pressured by their family or social environment. Recent years, however, have brought significant changes in the approach to infertility treatment, primarily in large cities, due to, inter alia, infertility awareness-raising campaigns held by clinics, scientific community representatives and patients themselves.

Under the CIT Act, taxpayers are normally required to file the TPR form and a statement on the preparation of the local file for 2021, by the end of the ninth month after the end of the financial year.

Can WIBOR be replaced by another benchmark in home mortgage agreements only?

Due to rising interest rates and a significant increase in mortgage repayments, several ideas have recently emerged to support borrowers. We invite you to read the article ‘Can WIBOR be replaced by another benchmark in home mortgage agreements only?’ authored by Konrad Werner, Partner and Head of Banking & Finance.