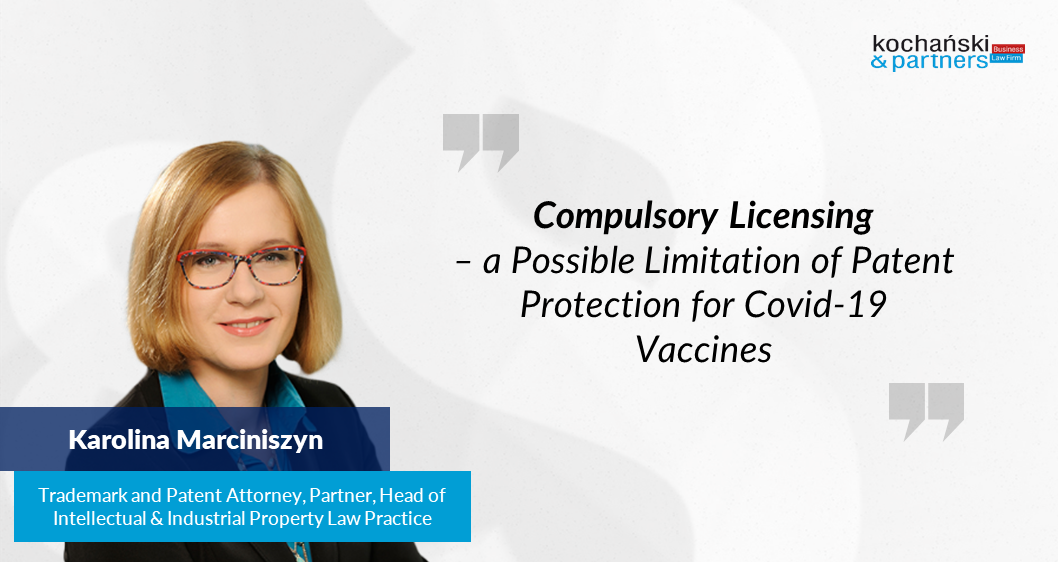 In view of the scale of the pandemic, the development by scientists of drugs and vaccines to help defeat the virus, and their associated production have become top priority. A fact worth knowing is that states struggling with the virus may apply an extraordinary legal instrument against patent holders, known as compulsory licensing – writes Karolina Marciniszyn, Patent Attorney, Partner and Head of Intellectual & Industrial Property Law Practice, for Prawo.pl.

Anyone coming into professional contact with the pharmaceutical industry quickly notices that intellectual property rights, in particular patents, are among key pharmaceutical business aspects. Patents are crucial, since they enable pharmaceutical companies to commercialise certain inventions. It usually takes years of scientific work, research and experience, and primarily considerable financial investment, for an invention to come into being. In the fight against a pandemic, however, the question arises as to whether it is possible to limit the monopoly of the patent holder, so that others can also make use of a patent and, for example, produce a vaccine. Well, it is possible, since legislation, including EU law, provides for the institution of compulsory licensing.

The concepts of a patent and an invention are often confused. Whilst the former is often intuitively construed as a new discovery by an inventor, the latter poses more problems.

It is therefore worth clarifying that a patent is the right of exclusivity on an invention, meaning a monopoly on the use of a given solution in a specific territory and for a specific period of time. And it is often a patent that is decisive for the commercialisation of an invention or, in other words, the financial success of the entire undertaking, hence its role in the pharmaceutical industry is seen to be crucial.

The granting of a patent in Poland is decided by the Patent Office. In order for a patent to be granted for a particular solution, a number of requirements must be met. In the Polish legal system, these are regulated i.a. by the Industrial Property Law (IPL).

What does the law say about compulsory licensing?

A slightly dusty chapter of the IPL, though recently arousing more emotion, is Chapter 7 concerning compulsory licensing. In accordance with Article 82(1)(1) of the IPL, the Patent Office may grant permission to use a patented invention of another entity (compulsory licence), where: “this is necessary to prevent or remove a threat to the security of the State, in particular in the field of defence, public order, protection of human life and health and protection of the natural environment.”

This means that on the basis of Chapter 7, it is possible to interfere with patent holders’ monopoly by invoking the necessity to prevent or remove a threat to national security i.a. in the field of protection of human life and health. It seems that a state of pandemic may be treated as such a threat and, consequently, a factor justifying compulsory licensing.

It is worth noting that compulsory licensing is not only a Polish concept. EU legislation contains Regulation No 816/2006 of May 17, 2006 (“Regulation”), which explicitly provides for compulsory licensing of patents for pharmaceutical products if such products are intended for export to countries with public health problems. Any decisions concerning the granting of a compulsory licence will be made by the national patent authority (in Poland – the Patent Office of the Republic of Poland).

You have to pay for a compulsory licence

It should be emphasised that both the Regulation and the IPL provide that the patent holder is entitled to receive remuneration for compulsory licensing, with the value of remuneration decided by the patent authority. The Regulation provides that the remuneration shall be a maximum of 4 % of the total price to be paid by the importing country or on its behalf. The remuneration can also be determined taking into account the economic value of the use authorised under the licence to the importing country or countries concerned, as well as humanitarian or non-commercial circumstances relating to the issue of the licence.

It therefore appears that, in the face of the war being waged against the virus, states may apply this extraordinary legal instrument to patent holders. The remuneration provided for in the compulsory licence regulations should therefore be able to compensate patent holders for the expenses they have incurred. 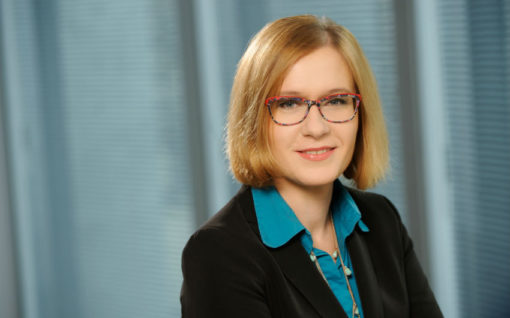